I originally arrived Inverness last week, on the connecting flight from Amsterdam with Delta/KLM. Very nice airport, but a ways out of town. Bus proved very effective for getting into town, but I left my gloves on the bus and over the next few days, the staff of the bus company and online/calling, were less than helpful. At first I was staying in a B&B just the other side of the River Ness, which could be reached by a wonderful suspension footbridge, which bounces fabulously, especially when you are trying to take a photo. 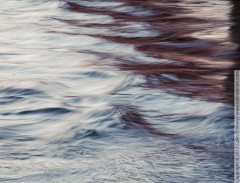 I had been able to arrange to borrow a bike for a couple of days before leaving home, and that was a great way to explore the town, including getting out to the new University campus to meet with Matt Sillars. 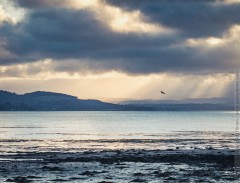 I explored all around, on bike and on foot, out to the Marina at the mouth of the Ness, over to the Caledonian Canal and down through Whin Park to where the A82 West Link road was being built.

While I was in London for the weekend, I was able to leave most of my luggage at the Royal Highland Hotel, which is effectively built into the station, and this was an easy place to land when I returned.

On my first visit I had found two great cafes to get coffee, one of which ground their own beans, and the other did excellent vegetarian and gluten-free food, as well as (classes in) bike repair; this makes Velocity my new favourite cafe.

While in London I had met someone who offered to introduce me to Glasgow, so I collected my car a day early and headed down the A9 instead of going down the Great Glen along Loch Ness as originally planned – and as I hoped (I was able to get there later in the trip).