Up early yesterday to get the 7:30am bus to Ullapool (covered by my rail pass). I had two prints in the members’ exhibition here last year, and sadly they did not sell, so this was an opportunity to organize to send them to my brother. 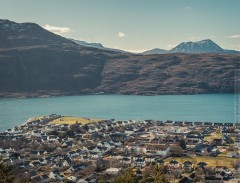 The weather was again sunny though cool; I went for a hike up Ullapool Hill, though I didn’t do the last leg out to the Braes, as I didn’t fancy a long walk back on road. I had to keep putting my hood up (cold wind) and putting it down (sun and exertion) – there were some pools of water on the top frozen solid, but no snow around, though some on distant hills. Amazing contrast with Inverness, an hour’s drive away, where there was some of the most interesting sky ever, as the ‘Beast from the East’ approached. 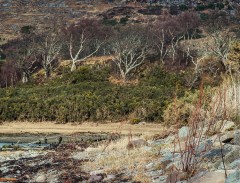 Next morning I woke to light snow, but it was over not much after 9 and by the time I left at 11, it had mostly melted (sun again). Thanks to a leaflet in the AirBnB, I discovered there was a river by Ullapool, so I wandered around there and back along the shore of Loch Broom to town. I tried photographing on the bus back to Inverness – in addition to all the problems on the train, buses bounce around, a lot. 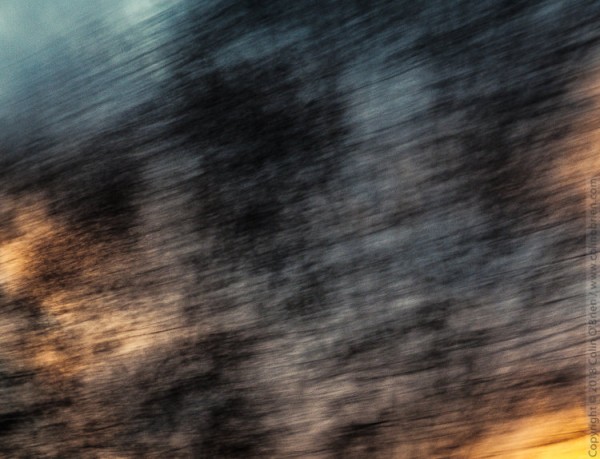