As well as providing great breakfasts, Susan and Alistair always had time for good conversations, and it was during one of these times they mentioned Glen Strathfarrar, with a private road up the glen on which just a few cars are allowed each day. Well, it’s not every day I can make an attempt on such an adventure, and given the time of year, not to mention day of the week, likely not too many others will get there before me.

Still, by the time I had finished my excellent breakfast and gotten myself organized, it was already mid-morning. The gatekeeper at the start of the glen confirmed I could go up, there is no cost, and responded to my query “have many gone up already” with “you’re the third idiot today”.

Only 25 cars are allowed each day, though this doesn’t include the many working on the hydro-electric facilities. It’s also not open every day of the week, so I was lucky there. In October, you have to be out of the glen by 6pm, or you will get locked in. This was a thought that was constantly with me. 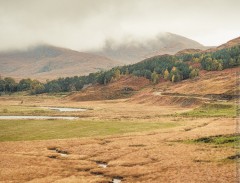 And because of that, I started by simply driving all the way to the dam at Loch Monar, which is as far as you are supposed to drive, and it is single-track all the way. There I was able to relax, assess my time for the return, and explore and start taking photographs. All the way up, and back, I never saw the peaks of the hills that lined the glen, which is quite wide and flat in parts., and with a few ruins reflecting its part I’m guessing in the clearances and being subsequently kept private. I don’t think I took a lot of photos, didn’t want to get locked in! but it was great day and I was glad I took advantage of the opportunity. 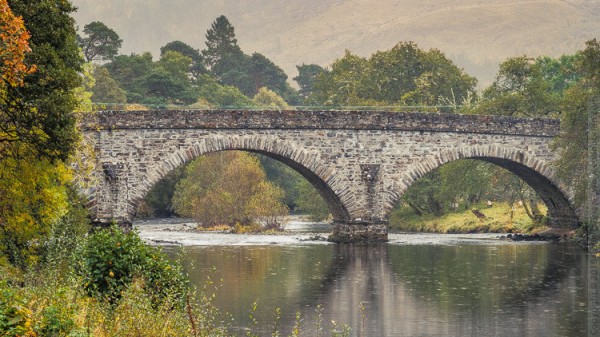